Trauma in the emotional (as opposed to purely physical) sense is episodes of threatening overwhelm to the parts of our nervous systems that protect our safety, social connections, and well being.  There are 4 stages to trauma in its impact over time.Read more about these 5 stages in a short BLOG

Why is It the Cause of Most Chronic Suffering?

Unfortunately, when severe, or else less dire but persistent--this pattern leaves  "protective" disconnects in our bodies and feelings.  Over time, if not healed, these generate many kinds of chronic mental or physical illnesses.  Modern, mechanistically oriented, mainstream healthcare too often looks only at the local symptoms.  This often just suppresses them without putting the body and nervous system back to together.

In short, there is a deeper problem or illness or injury beneath the local symptoms--the left over disconnects.

One more recently uncovered aspect of this is that we are also built to resonate with or take on unprocessed trauma from our ancestral or developmental family.  The great innovation of Family Constellation work has been to recognize this larger systemic connection, and provide the tools for also healing this kind of trauma.  In Family Energetics, I've developed methods that work well with either or both kinds of traumatic aftereffects.

How Do We Fix It? 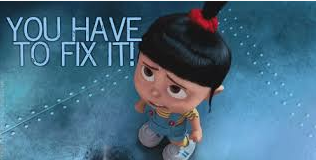 When illnesses or persistent "life disorders" are chronic, and mainstream healthcare has little to offer, healing the underlying trauma is the key to resolving the situation.  This either puts the illness into complete remission (depending upon age to some extent), or "sidelines" it.  Sidelining means lessening the severity of the illness to the point where it no longer impedes the enjoyment of a your personal passions in life.  Also, it's sometimes the case that, once the trauma is cleared, mainstream remedies that formerly failed suddenly become functional.

To offer a physical analogy--suppose you separated the same shoulder twice (I did actually....).  During agonizing months of being unable to roll over in bed without major pain, your body learned to suppress feelings from this area.  Imagine 6 months later it happened again.  It all starts over.  Nightmare.

I "disconnected" that shoulder in a way.  30 years later, it hasn't been getting the same attention from nerves and blood vessels that it actually needs.  So now it develops arthritis, for instance.  Reconnecting that shoulder means gentle, guided "re-feeling" of the original injury, and releasing the helplessness and overwhelm of all those nights of sleepless suffering.  And that feeling of, "how can I deserve this twice in a row...."

And yes I've done that for myself.  Shoulder is all happy and a full fledged part of me now.  So understand, similar things happen around experiences more social or emotional than a shoulder.

It's the experience of threatening overwhelm to your nervous system that is sudden and severe, or else milder but prolonged or repeated again and again.  It leaves parts of your spiritual emotional body-mind disconnected from one another.
Because of the intimate epigenetic and psychic bonds within families, you can also inherit after-effects from ancestors.  Clearing them with tools like Family Constellations and EFT restores the health, functionality, and joy in life that was impaired by chronic problems.

Opt in for Content-Rich Newsletters & Get Chapters from my Book

Get the powerful story of how family constellations saved my life when you opt-in to my newsletters.
​They are rich in useful content, and keep you up to date on new methods, healing tips,  trainings, & conferences.
Click here to OPT-IN